A project by: Fergus Knight

Starting at 4:30pm on Saturday at the new Youth Hostel at the foot of Ben Nevis and finishing at the Pen Y Pass car park at the foot of Snowdon on Sunday at 2:33pm, the team completed the challenge well under the 24h target, with three of the team even managing a time of 21h 47mins. 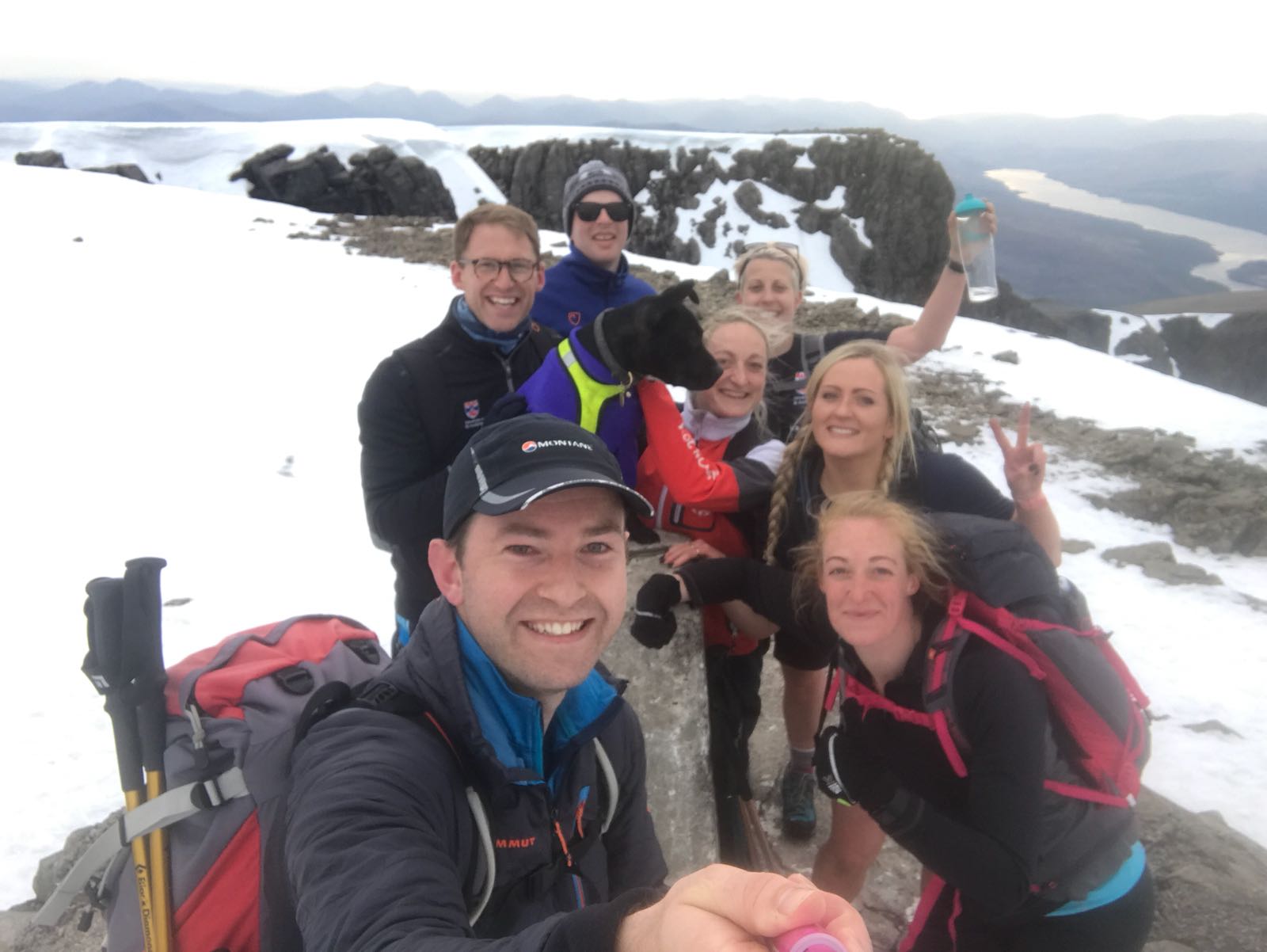 We are just in the process of writing a full report, but we'd like to thank all our supporters who have either donated or helped to share our project so far.

There are still 11 days to go until the campaign closes and we would really like to reach the next target of £9000, which would enable us to fund a student for three years of their degree.

If you think our efforts are worthy, there is nothing to stop you donating a second time!...but please help us by continuing to share the project!

The countdown is on, but are the Peaky Climbers from Saints Sport ready for the 3 Peaks Challenge?!

Before we decided to take on this challenge, we didn’t think for a second we could just rock up to the start at Ben Nevis having done limited to no training, and complete the 3 peaks in the allocated time, oh no!

For us non mountain climbing folk, this was a no brainer. However to Ferg, he laughs at the face of training. The guy who manages a mere 5000 steps a day (on a good day) can climb hills without even breaking a sweat! His training has been more like binge training, nothing during the week, and masses at the weekends, which works! 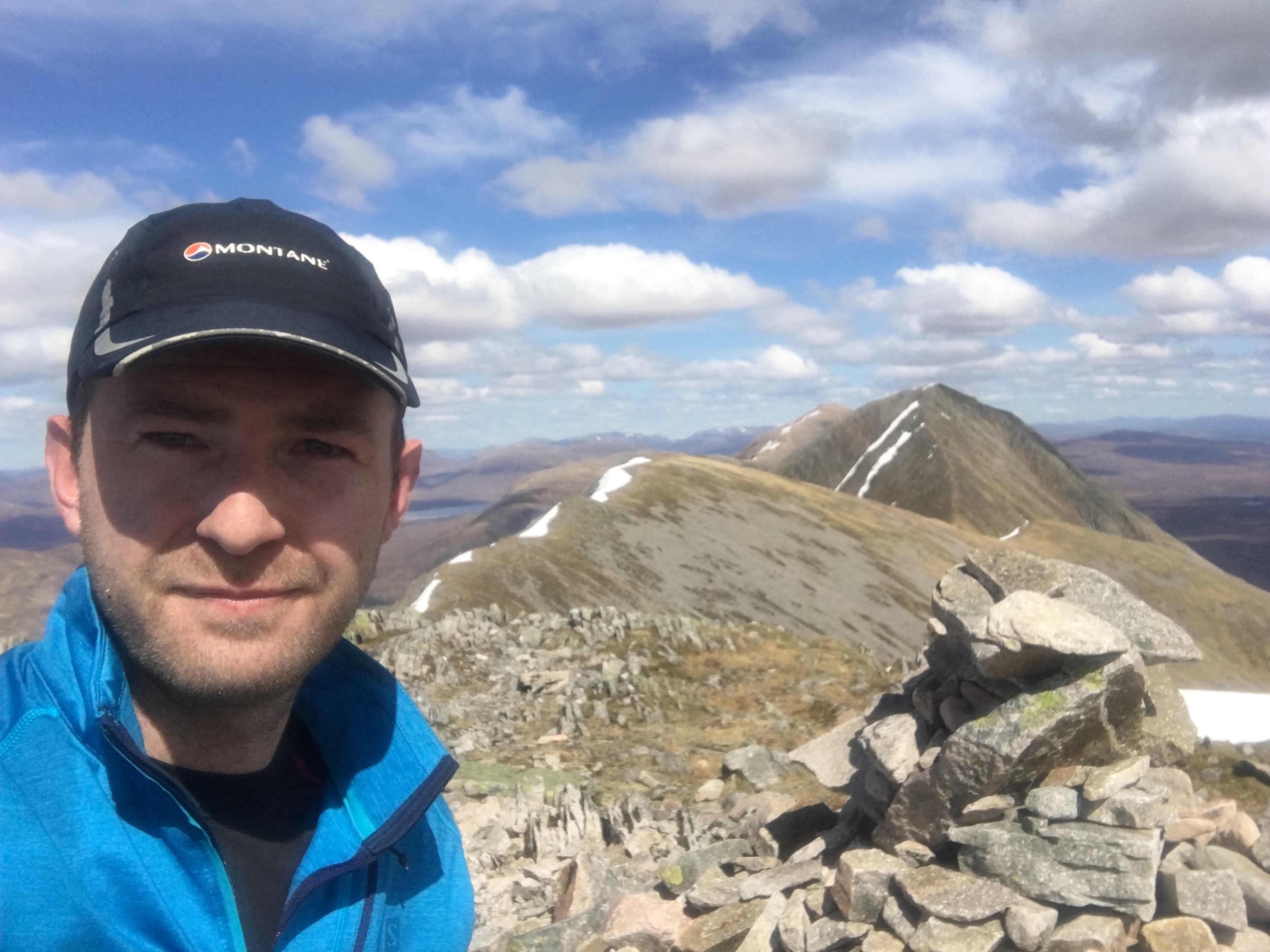 For the rest of us, it’s been morning, noon and night gym sessions as weekend walks. I (Claire Scott) have been hitting the step master, physically and metaphorically most days! We have a love hate relationship but it’s been extremely beneficial to my fitness, which I have noticed on weekend hill walks. 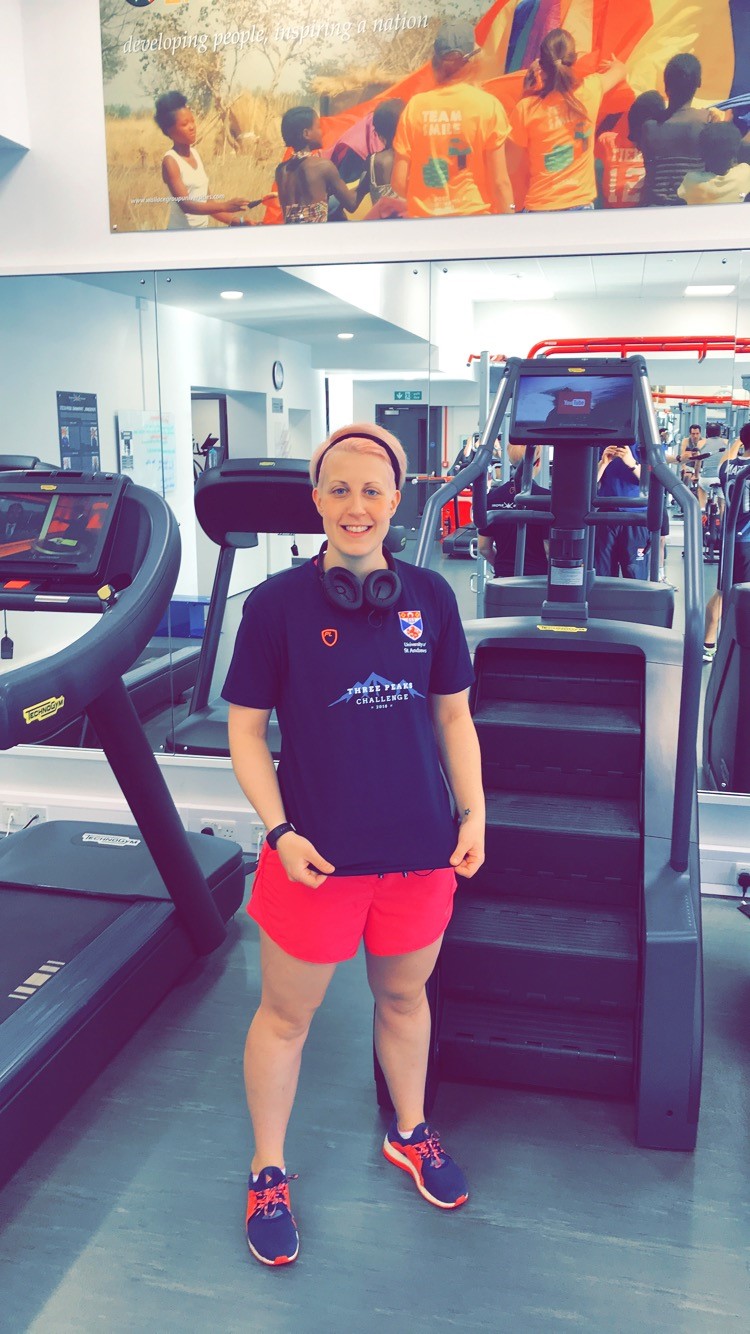 Pete and Tina have also been in the gym most mornings working on upper and lower body strength. PT Vikki has fully immersed herself in training and has bagged some additional Munro’s one her own in the build-up the challenge including Ben Chonzie and Mount Keen. Well-done Vikki! 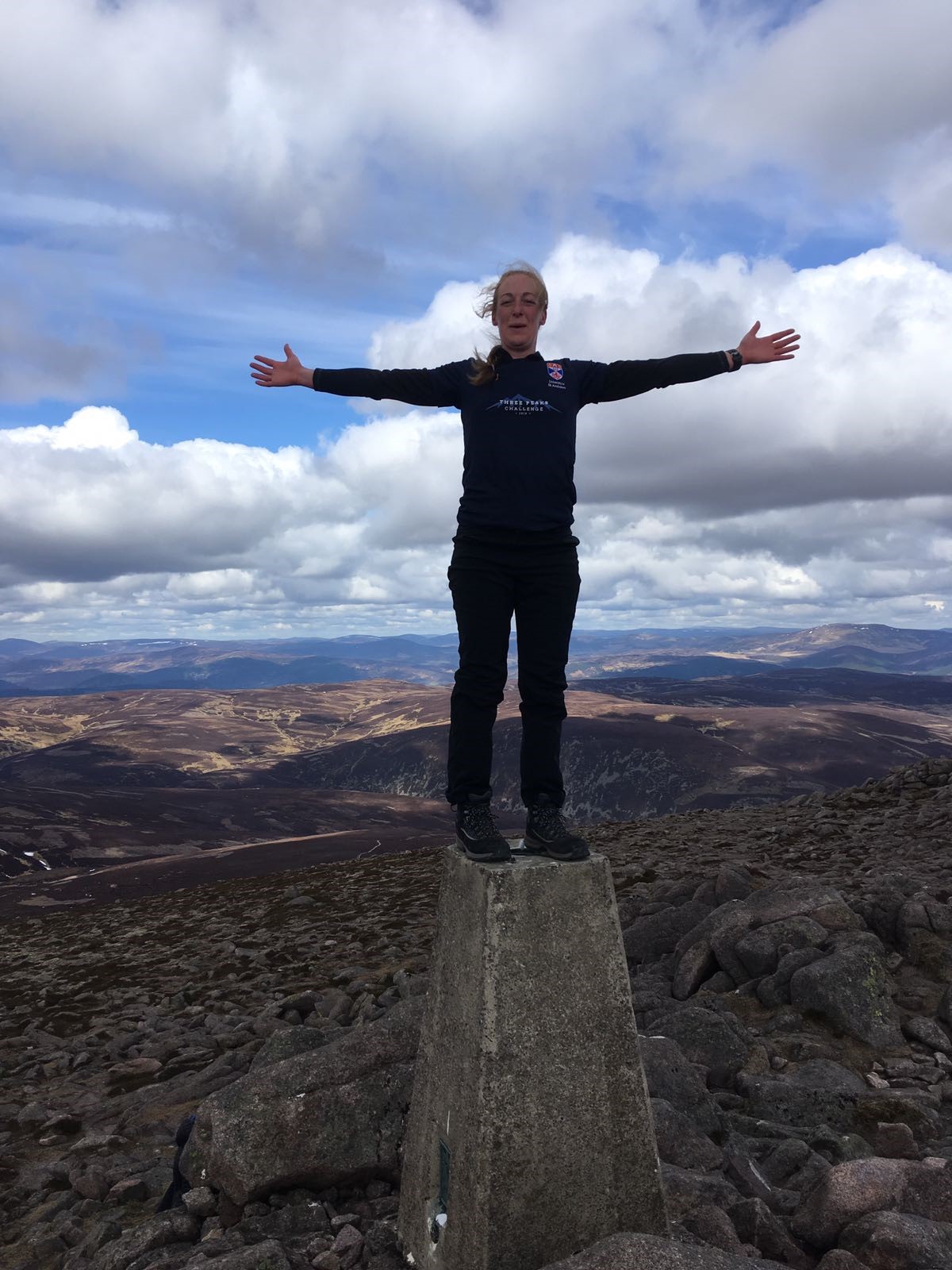 Gary and Ferg have also been bagging and double bagging on the weekends, taking them to Glen Coe, Ben Lawers range and Glen Tilt with the support of staff members, Health & Fitness Manager, Callum Knox and Director of Sport, Stephen Stewart. I believe Stephen slept well the night after his first Munro! 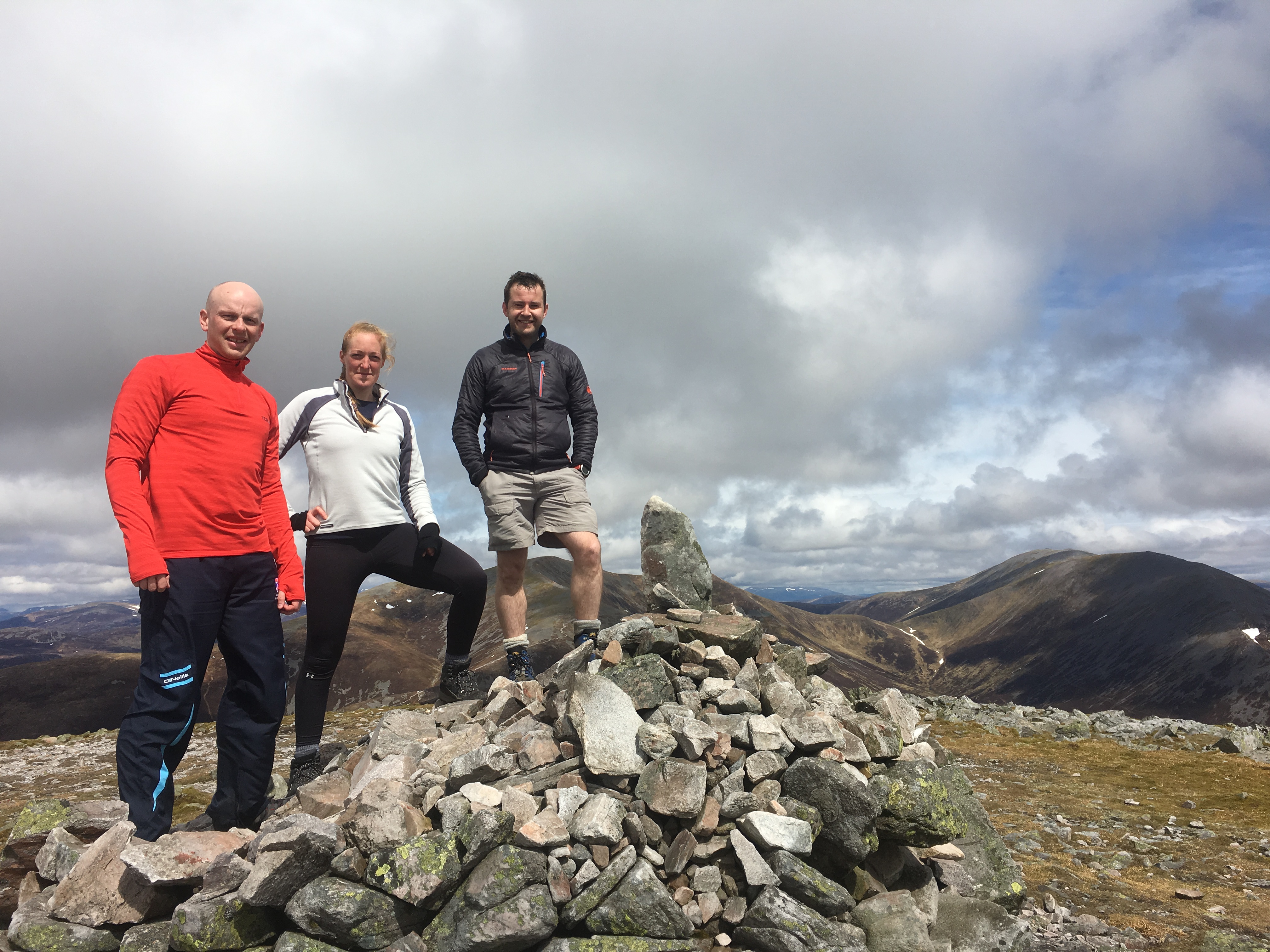 Claire Tracey has been hitting leg day most days and has mastered the John Wayne walk as DOMS (delayed onset muscle soreness) recovers. She is also now aware of the logistics of the challenge! Alison has had some top tips from her Dad, former local rally driving extraordinaire. Alison also learnt to drive on Brands Hatch racecourse, hence why she has been give the driving gloves for the challenge!

Thanks again to everyone who has donated so far and please keep spreading the word! Regular updates will start at lunch time on Saturday from the @SaintsSport twitter and Instagram accounts, and weather permitting we may even try Facebook live from the summits.

This was our first team outing in preparation for the National 3 Peaks Challenge starting at Ben Nevis on Saturday 19thMay. For some of us, this was just another walk in the glens, but for half the group, this was their very first ever attempt at a Munro.

As we began our steep ascent up Carn an Tuirc it was clear to see that the early morning gym sessions had paid off and we reached the top of in just over an hour. 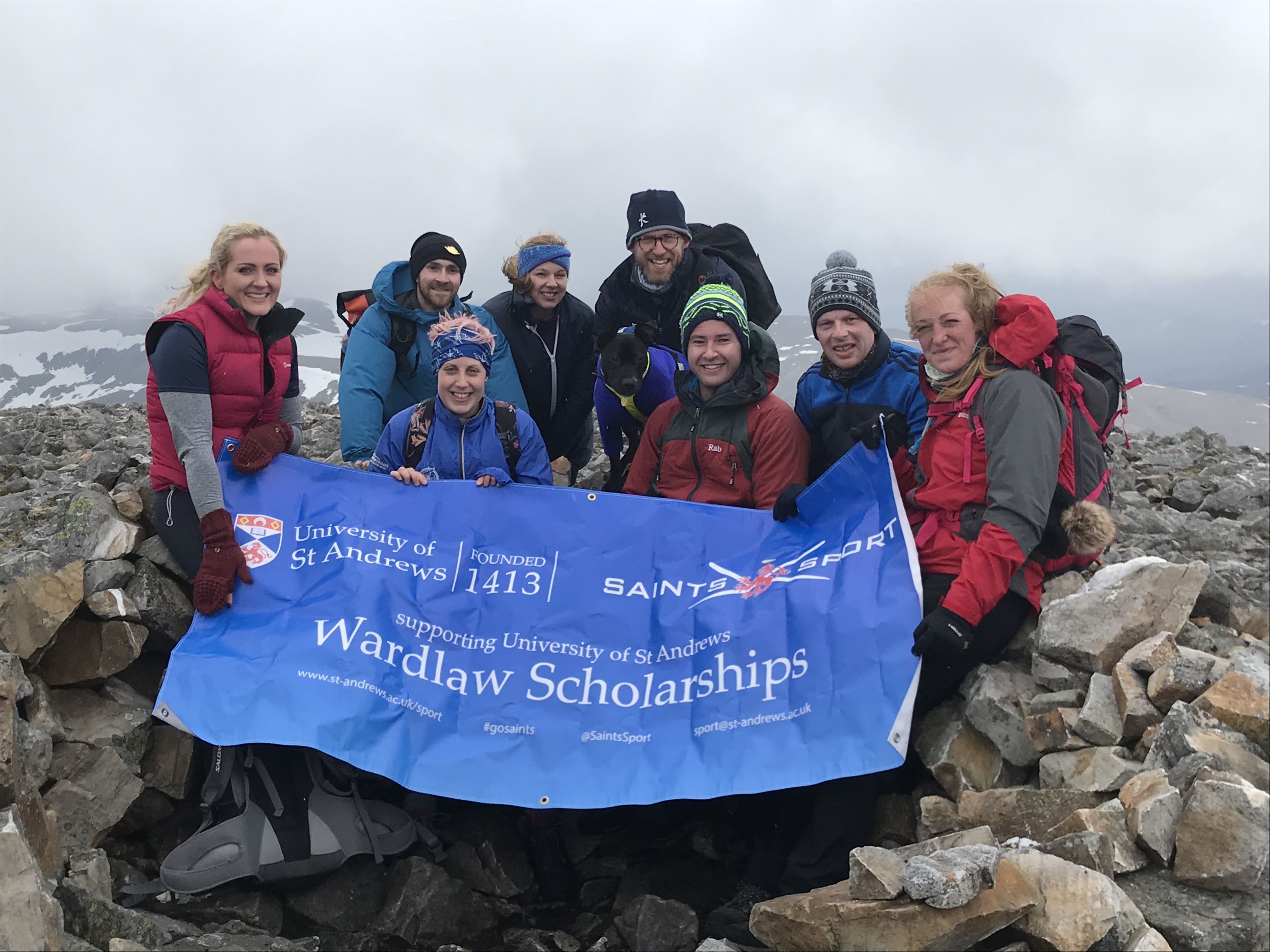 One down, two to go! As we took advantage of the rocky yet flat terrain, the group tucked into some well-deserved snacks. A few pictures and selfies later, the Scottish weather was at its best; hail, rain, snow and the occasional glistening of sun prompted us to get going once again. As we packed up and began our trek to Munro two of three, Cairn of Claise, it was not long before our visibility was reduced drastically and quickly! Thankfully our very own mountain goat, Fergus Knight, Marketing and Business Development Manager, regularly climbs and navigates his way around the ragged moors in Scotland to the snow-capped mountains of the Alps. Ferg kept us on track, but most importantly, safe!

“At some points of the walk, when taking in the surroundings, I remember Vikki and I trying to distinguish what was cloud and what was the snow! I’m still super exciting having bagged my first ever Munro” Claire Scott, Sports Volunteering Coordinator.

Upon reaching peak number two, we unfortunately had to cut the adventure short due to the weather conditions as you can see in our peak two summit photo. Although the weather did make some parts of our walk rather challenging, it was important for us to experience the changeable weather conditions as this will only help The Peaky Finders in preparation for the 24 hour challenge. 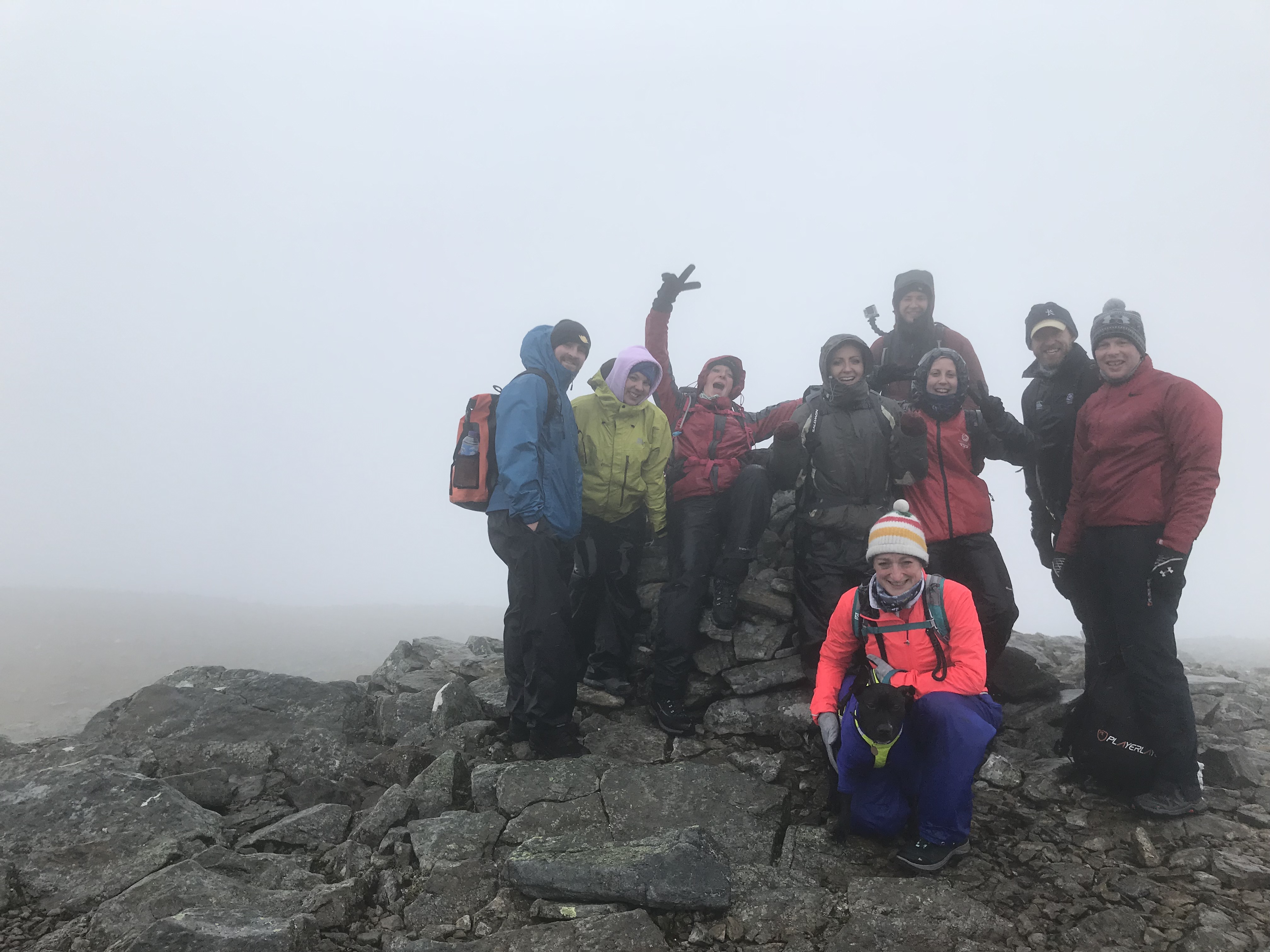 As we started our descent below the clouds and back to our starting point it was great to get some visibility back and catch a glimpse of the low flying Black Grouse and white Mountain Hare.

Grateful for warmth and a change of clothes we made our way to the nearest coffee shop for a well-deserved hot chocolate and a serious wedge of cake - it was only then that the magnitude of the task came to light when Claire Tracey, our new and wonderful Strength and Conditioning Coach asked

“ Why is the drive between each hill so long… wait where are we going?!” It was then Claire realised she has signed up for climbing the highest peaks in Scotland, England and Wales!

Planning is now underway for another team outing.

A big thank you to everyone who has donated so far and helped spread the word about our project. We'll be posting regularly here, but follow @SaintsSport on Facebook, Twitter and Instagram for more news.

Saints Sport’s National 3 Peak Challenge
Your message has been sent.